“Napoleon and the myth of Rome”, the exhibition for the bicentenary of Napoleon Bonaparte’s death at Museo dei Fori Imperiali from the 4th of February to the 7th of November 2021.

For the bicentenary of his death, Rome dedicates an entire exhibition to the great French emperor “Napoleon and the myth of Rome”: from 4 February to 7 November at Museo dei Fori Imperiali. It traces the relationship between Napoleon Bonaparte, the ancient world and Rome.

The exhibition is divided into 3 macro-sections with over 100 works, including paintings, sculptures, medals and prints from the Capitoline Collections, as well as from important Italian and international museums.

The first macro-section analyzes the relationship between Napoleon and the classical world, starting from his youth formation, up to the divinization of his figure. The story is accompanied by ancient and modern works describing the life of Napoleon, his models and cultural references, including Augustus and Hannibal. This first stage ends with the death of the emperor, idealized as an ancient hero, but also a saint and thaumaturge.

The second macro-section tells of Napoleon’s relationship with Italy and Rome. It starts with a series of works depicting Napoleon King of Italy. Among these, two portraits of the great French leader from Galleria d’Arte Moderna and Museo del Risorgimento in Milan. The exhibition continues with the installation in the Great Hall of an avenue of cypress,  representing the urban transformation that Napoleon in Italy wanted to apply in Rome.

Finally, the third macro-section concerns some aspects relating to the revival of ancient models in Napoleonic art and epic, such as the one of the Roman eagle. The view of Rome takes us back to the Trajan’s Column, a source of inspiration, but also an imitation for many French artists. However, it was with Napoleon that the Column had its most famous imitation: the Vendôme Column in Paris, celebration of an emperor and his military enterprises.

Take part in one of the most suggestive current events Rome Napoleon Bonaparte and stay at 47 Boutique Hotel!

RAPHAEL AND THE DOMUS AUREA. THE INVENTION OF THE GROTESQUES

Great music returns to Rome until 30 September 2021, with the series of Concerts of the Tempietto at the archaeological area of ​​the Theater of Marcellus. THE EVENT Great music is back in Rome! [...]

ALL ABOUT BANKSY: EXHIBITION 2

250 works by Banksy exhibited at Chiostro del Bramante in Rome. Until the 9th of January 2022 the All About Banksy: Exhibition 2 exhibition.

The moon over the Colosseum

Until the 30th of October 2021 the night guided tour "The moon over the Colosseum" is back. The news of 2021: the opening of the underground of the Roman Colosseum.

Until 10 October 2021, the curtain of the Globe Theater in Rome reopens in the heart of Villa Borghese.

From the 24th of June to the 26th of September 2021 the night walk inside the archaeological area of ​​the Imperial Fora of Ancient Rome returns. An unmissable event to discover one of the most [...]

The exhibition by Damien Hirst - Archeology Now at the Galleria Borghese, the art gallery of Rome inside Villa Borghese. Over 80 works by the British artist exhibited on the two floors of the [...]

Rome celebrates its 150 years as the capital of Italy with the exhibition "Rome. Birth of a Capital 1870-1915” at the Museum of Rome in Palazzo Braschi until the 26th of September 2021.

March 1 marks the opening date of the Mausoleum of Augustus in Rome, after the 14-year recovery project.

"Napoleon and the myth of Rome", the exhibition for the bicentenary of Napoleon Bonaparte’s death at Museo dei Fori Imperiali from the 4th of February to the 7th of November 2021. 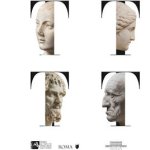