From the 21st of March to the 26th of July, Chiostro del Bramante hosts the exhibition “Bansky, a Visual Protest”, with over 80 works by the anonymous artist.

From the 21st of March to the 26th of July 26, 80 works by the most famous anonymous artist in the world will be shown at Chiostro del Bramante in the “Banksy, a Visual Protest” exhibition. War, wealth, poverty, consumerism, politics and ecology are just some of the themes addressed by the artist, who always uses nonconformist language, rejecting the rules imposed by the system and addressing audience with no filter.

Among the masterpieces on display, created between 2001 and 2017, there are “Love is in the Air”, “Girl with Balloon“, “Toxic Mary”, the printing proof tests for the book “Wall & Piece” and the discographic projects for vinyl and CD covers. A rich and varied artistic path, which documents the techniques used by Banksy (prints on paper or canvas, oil or spray on canvas, sculptures of painted resin or painted bronze) and the different topics. The exhibition shows the whole world of Banksy, documenting the techniques used in his works.

Probably born in Bristol in the early 1970s, Banksy is considered one of the greatest exponents of Street Art. Since the beginning of his career he has chosen anonymity, mainly to avoid polluting the perception of his identity and his works.

His artistic production began in the late Nineties in England, where he collaborated with various artists and musicians, and then invaded numerous cities around the world, such as London, New York and Venice with graffiti and many performances.

Visit the exhibition dedicated to one of the greatest artists of contemporary epoch and stay at the 47 Boutique Hotel!

From June 24 to August 31, the Adriano Studios Arena will animate summer nights of the capital with lots of screenings, events and live guests.

JAZZ BY THE RIVER

Jazz music event returns on the Tiber. From June 17 to September 6 Gregory's jazz by the river will liven up the Roman summer on Lungotevere Arnaldo da Brescia.

From the 5th of March until the 30th of August, Scuderie del Quirinale host the exhibition dedicated to the Raphael, with over 100 works created by the artist throughout his life.

Until the 25th of October the Museo Napoleonico hosts the exhibition "Waiting for the emperor" to narrate Napoleon's Rome between 1809 and 1814.

The Trajan's Markets hosts the "Civis Civitas Civilitas" exhibition until the 6th of September 2020, dedicated to the relationship between city, citizenship and civilization in Roman times. 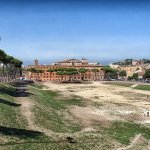 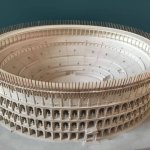