The 1st of March marks the opening date of the Mausoleum of Augustus in Rome, after the 14-year recovery project.

History of the Mausoleum of Augustus

Built in 28 BC in the northern area of ​​Campo Marzio, the Mausoleum of Augustus in Rome is the largest circular tomb in the ancient world and. The monument is a great example of architecture of Ancient Rome.

It was made up of a cylindrical body covered in travertine blocks, at the center a door opened preceded by a short staircase; while near the entrance there were the bronze tables engraved with the Res Gestae, the emperor’s autobiography. The full text is written on the wall next to the Ara Pacis Museum in Rome. In front of the Mausoleum of Augustus there were two granite obelisks, then relocated respectively to Piazza dell’Esquilino and to Fontana dei Dioscuri in Piazza del Quirinale.

Through a long access corridor, it was possible to reach the circular sepulchral cell, which housed three rectangular niches where the urns were placed: the ashes of Octavia, sister of the emperor and his son Marcellus, while Augustus was probably buried in the room inside the central cylindrical core.

How to visit the Mausoleum of Augustus

Finally, the official website allows you to retrace all the life stages of the monument, through interactive photos and videos of the Mausoleum of Augustus.

Visit the Mausoleum of Augustus, the first emperor of Rome and stay at 47 Boutique Hotel!

RAPHAEL AND THE DOMUS AUREA. THE INVENTION OF THE GROTESQUES

Great music returns to Rome until 30 September 2021, with the series of Concerts of the Tempietto at the archaeological area of ​​the Theater of Marcellus. THE EVENT Great music is back in Rome! [...]

ALL ABOUT BANKSY: EXHIBITION 2

250 works by Banksy exhibited at Chiostro del Bramante in Rome. Until the 9th of January 2022 the All About Banksy: Exhibition 2 exhibition.

The moon over the Colosseum

Until the 30th of October 2021 the night guided tour "The moon over the Colosseum" is back. The news of 2021: the opening of the underground of the Roman Colosseum.

Until 10 October 2021, the curtain of the Globe Theater in Rome reopens in the heart of Villa Borghese.

From the 24th of June to the 26th of September 2021 the night walk inside the archaeological area of ​​the Imperial Fora of Ancient Rome returns. An unmissable event to discover one of the most [...]

The exhibition by Damien Hirst - Archeology Now at the Galleria Borghese, the art gallery of Rome inside Villa Borghese. Over 80 works by the British artist exhibited on the two floors of the [...]

Rome celebrates its 150 years as the capital of Italy with the exhibition "Rome. Birth of a Capital 1870-1915” at the Museum of Rome in Palazzo Braschi until the 26th of September 2021.

March 1 marks the opening date of the Mausoleum of Augustus in Rome, after the 14-year recovery project.

"Napoleon and the myth of Rome", the exhibition for the bicentenary of Napoleon Bonaparte’s death at Museo dei Fori Imperiali from the 4th of February to the 7th of November 2021. 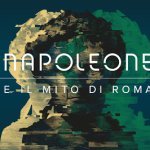 NAPOLEON AND THE MYTH OF ROMEEventi, Events 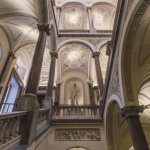